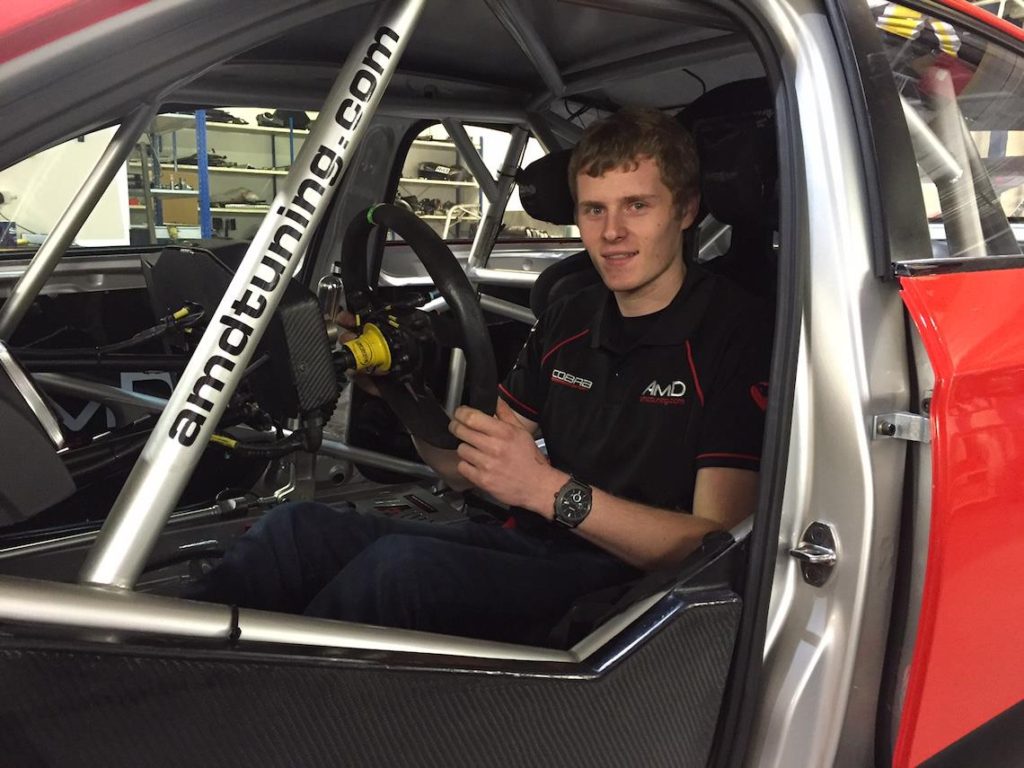 The West Thurrock-based team has agreed terms with the youngster on a deal that will see him become the latest winner of the popular one-make series to graduate to the BTCC grid.

In fact, the 22-year-old from Litchfield become the fifth Clio Cup champion to race in AmDTuning.com colours, following in the footsteps of Tom Onslow-Cole, Martin Byford, Dave Newsham and Mike Bushell; the latter being the man who he beat to the Clio title after a dramatic championship fight that went to the final rounds of the year at Brands Hatch.

A member of the BRDC’s Rising Star programme, Whorton-Eales has already shown his talents behind the wheel of a BTCC car in two previous tests and will sample AmDTuning.com’s Audi S3 for the first time when pre-season testing gets underway.

As a rookie to the series, Whorton-Eales will be eligible for the Jack Sears Trophy, and will hope to follow in the footsteps of the 2015 Clio Cup champion Ash Sutton, who secured the crown last year.

He will team up with Ollie Jackson for the season ahead, with Ollie having re-signed with the team for a second successive year prior to Christmas.

“It’s no secret that I wanted to move into the BTCC this season and we’ve spent a lot of time looking at the various options that were available,” he said. “Once we spoke to Shaun about his plans with the second Audi, the deal was a very easy one to do and it was all wrapped up within a day.

“I’m delighted to be able to confirm my place on the touring car grid, and I think that I’ve made a good choice in AmDTuning.com for my first season. The team has plenty of experience and there is a lot of potential in the Audi that I aim to benefit from.

“As a rookie driver, the main target has to be the Jack Sears Trophy and it would be nice if we could be pushing towards the top ten in the championship by the end of the year.

“Of course that won’t be easy and I’m aware that I have a lot to learn, but I also want to aim high and make the most of the opportunity I now have.”

Team boss Shaun Hollamby revealed his delight at bringing the reigning Clio champion onboard, and said he felt confident that his driver line-up would impress during the year ahead.

“From the moment we confirmed that we would have a second car on the grid, we’ve spoken to a number of drivers who were keen to join us for 2017, and we’re delighted to have been able to do a deal with Ant to fill the seat,” he said. “Even before winning the Clio title last year, he had shown his potential on track and we’re confident that he will be a strong addition to the grid this year.

“Having already won the Jack Sears Trophy once a few years ago, it would be great if we could secure it again this year and there is no doubt we have a fantastic chance with Ant.

“Alongside Ollie Jackson, he gives us a strong partnership for our first full season as a two-car BTCC team and we go into 2017 with our focus firmly on fighting for regular points and on pushing towards the top ten.

“With everything now in place for the new season, we also want to thank Cobra Sport Performance Exhausts for their continued support, as without that help, we wouldn’t have been able to expand to a two car BTCC team.”