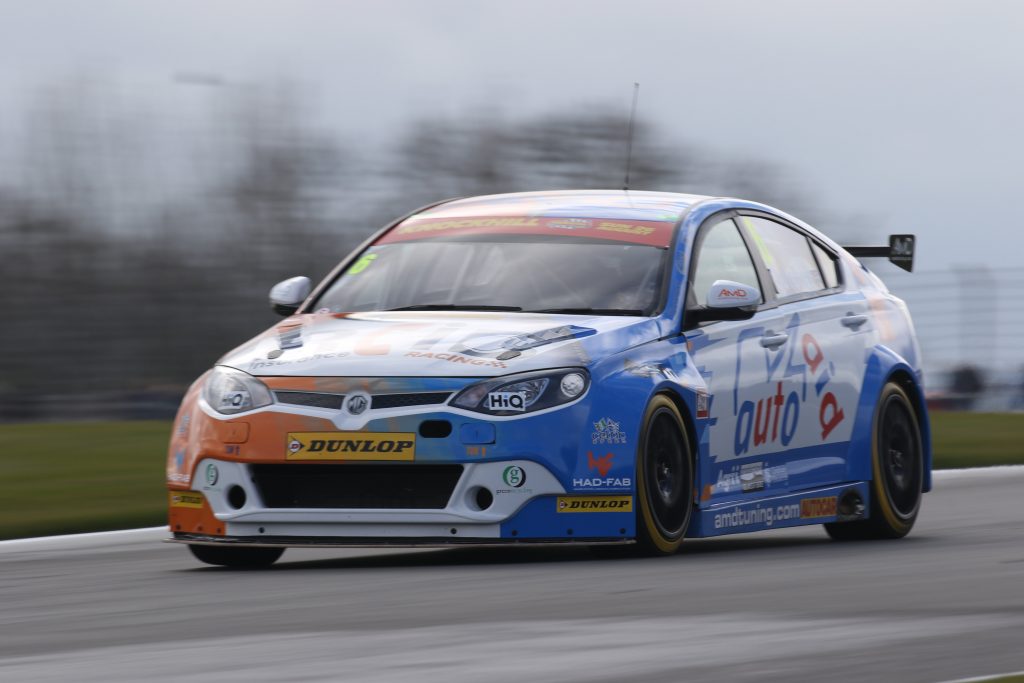 The West Thurrock-based outfit will welcome Lichfield-based racer Ant Whorton-Eales back into the fold for the sixth meeting of the campaign after he agreed a deal to rejoin the team as partner to Fife racer Rory Butcher.

Ant raced for the team last season in an Audi S3, taking a best finish of sixth having graduated into the BTCC as winner of the Renault Clio Cup UK.

This season, the 24-year-old has switched to the MINI Challenge, where he currently heads the championship standings following a third win of the year in the most recent event at Oulton Park.

As a new entry to the championship, Ant will run with 45kg of success ballast on his car.

Team-mate Rory has been one of the most impressive performers on track this year having regularly challenged for points in his first full season in the series.

Rory currently sits inside the top ten in the Independents’ championship and lies second in the Jack Sears Trophy for drivers who have yet to score an outright podium.

The Scottish star will look to build on the progress made during the Snetterton test to push towards the top ten, with three strong results being the target across the weekend.

In a change to the norm, the final race of the weekend this weekend will take on a new format as part of the BTCC’s Diamond Jubilee celebrations.

Race three will run to double the normal length and will all cars will run as base weight without any additional success ballast in place.

A separate qualifying session on Saturday will determine the starting positions, with double points being awarded.

“It’s been a hectic summer break for me and I can’t wait to get back behind the wheel this weekend at Snetterton. I’m feeling really good and I feel we go into the second half of the season in a good position after the two-day test earlier this month gave us the chance to try out a few things with the car.

“We now have a better understanding of a few things that we need to fine tune when we get to the circuit ahead of what promises to be an exciting weekend with the special Diamond Double race. It’s certainly going to make things interesting on track with the additional points on offer, and I think it will come down to who can get their car set-up best for the conditions to maximise the performance of the tyres.

“From a team perspective, it’s great to welcome Ant into the fold and hopefully we can work together to pick up some good results during the weekend ahead.”

“I was really interested in taking part in the Snetterton weekend with the special Diamond Double race, and it’s great that we’ve been able to do a deal with Shaun to race the MG. It’s a bit of a last minute thing and I know that it will be a huge challenge, but I’m really looking forward to it and I have to say thanks to Shaun and to both AutoAid and RCIB Insurance for the opportunity.

“I’ve never even sat in the MG and having got used to racing the MINI this season, it will take me a bit of time to get back up to speed in a touring car but I’m hopeful we can have a decent weekend on track.

“It’s hard to make any predictions in terms of what to expect results wise, so I’m just going to go out there, enjoy myself and see what happens. If I can get somewhere close to Rory then I think it’ll be a job well done.”

“We’ve had a busy summer period after the changes we decided to make to the MG programme and we’re delighted to be able to welcome Ant back into the AmD fold this weekend. We know what he is capable of from our time working together last season and even though he will be driving the MG for the first time, we are confident he can do a good job on track.

“We’re confident that Ant and Rory will work well together as a team and we head back to Snetterton after the recent test in confident mood.  The double points race means there is a good opportunity to put a big score on the board this weekend and there is no reason why both drivers can’t be right in the mix for a points finish.”