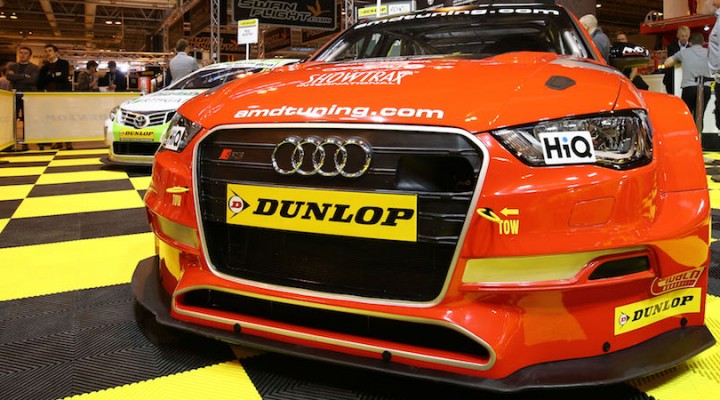 The AmDtuning.com team can today confirm that RCIB Insurance and AutoAid Breakdown will take on the role of title sponsors for the team’s new MG programme during the 2018 Dunlop MSA British Touring Car Championship season.

The West Thurrock-based team announced earlier this month that it had acquired the two MG6 GTs previously campaigned by Triple Eight, which it will run in the BTCC’s 60th anniversary season as part of an expanded four-car programme.

Following extensive talks in recent weeks, a deal has now been agreed that will see Right Choice Insurance Brokers, and sister company AutoAid Breakdown, take on the role of title sponsors for the two MGs.

Under the terms of the new agreement, the cars will compete under the AmDtuning.com with AutoAid/RCIB Insurance Racing banner.

RCIB Insurance, headed by Mike Joseph, has more than 20 years of experience in the industry and has developed into one of the fastest growing insurance companies in Europe.

AutoAid Breakdown was brought into the RCIB group back in 2016 and has won numerous awards for providing customers with high quality, all-inclusive breakdown cover at cost effective prices – offering the kind of value for money not seen anywhere else in the market.

Both RCIB Insurance and AutoAid Breakdown are no strangers to racing fans having been involved in motorsport for a number of years in a range of different series, including the BTCC, British GT Championship and British Rallycross.

The first driver in the AmDtuning.com with AutoAid/RCIB Insurance Racing line-up has now been signed and will be announced in due course, with discussions ongoing with a number of drivers in regards to the second seat.

Work continues on preparation of the two MG6 GT cars ahead of the start of pre-season testing, with a new look livery to be revealed at the annual Media Day event at Donington Park next month.

Shaun Hollamby, AmDtuning.com team boss said:
“It goes without saying that we are delighted to welcome RCIB Insurance and AutoAid Breakdown onboard for the 2018 season. This new MG programme is one that is extremely exciting for us as a team, and we are delighted to have agreed a deal for them to be title sponsor for the year ahead.

“Mike and his team are no strangers to motorsport and know the value that comes from being part of the BTCC, and our aim during the year ahead is to reward their investment in this programme with some strong results on track.

“This new partnership has already allowed us to bring together a deal to sign a very quick young driver for the first car, who we feel is more than capable of taking the MG back to the podium and challenging for some silverware.”

Mike Joseph, RCIB Insurance Managing Director said:
“We are pleased to renew our sponsorship of the MG BTCC cars, this time under the management of fellow Essex company AmDTuning. We are looking forward to working with Shaun and the team, and are very excited about the plans for 2018.”