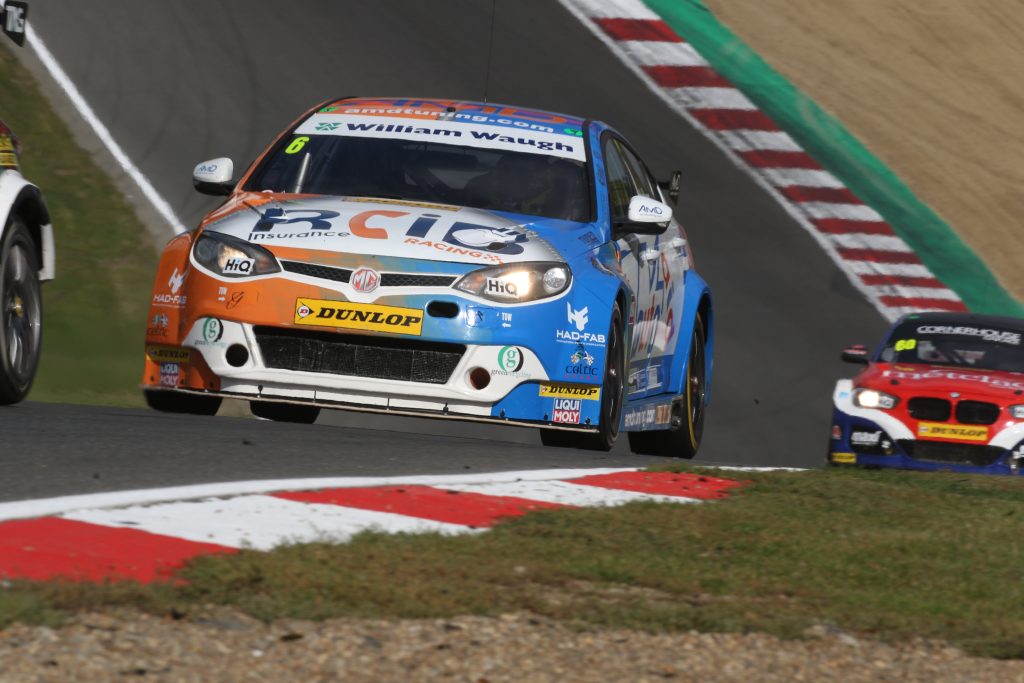 The AmD with AutoAid/RCIB Insurance Racing team endured a tough end to what has been an impressive season on track as the curtain came down on the 2018 Dunlop MSA British Touring Car Championship campaign at Brands Hatch.

The West Thurrock-based team headed for the famous Grand Prix circuit looking for points with the MG6 GT, with both Rory Butcher and Josh Caygill hoping to impress on track.

Rory qualified in 25th place for the opening race and made his way up to 23rd in the first 15 lap encounter of the weekend – with the Fife racer hopeful of pushing towards the points in race two.

Unfortunately for Rory, early contact in race two resulted in him being forced into the pits to retire, and left him near the back of the field for the season finale.

A great start to the final race saw Rory move up eight places into the top 20 but he would struggle for pace as the race wore on and eventually crossed the line at the end in 24th spot.

Team-mate Josh qualified 31st on the grid for race one having been faced with power steering issues during Saturday that led to the team replacing the steering rack on his car, and then battled his way to a 26th place finish in the opening race of the weekend.

After fighting hard to finish 21st in race two as he once again found himself battling against steering complaints, Josh was unfortunately forced to retire from the final round as a result of the problem after three laps.

Rory Butcher, #6 AmD with AutoAid/RCIB Insurance Racing MG6 GT, said:
“We came to Brands Hatch feeling confident but sadly, the weekend turned out to be a bit of a nightmare. We just didn’t have the pace in the car for some reason and couldn’t get in the groove, which means we have ended up coming from the final round without any points. 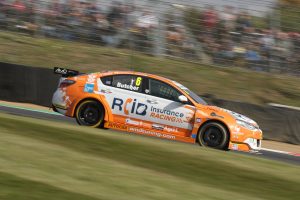 “This season was a real learning curve for me as my first full season in the BTCC, and I feel we have given ourselves a good platform to now try and build on.”

Josh Caygill, #54 AmD with AutoAid/RCIB Insurance Racing MG6 GT, said:
“I’m pleased in terms of what I’m doing behind the wheel, but it’s been a tough weekend with power steering problems on my car. 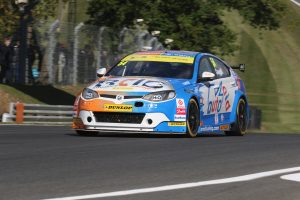 “In the races I was within around a second of Rory and considering we lost a lot of running time in free practice, and also factoring in his experience and quality, I was happy with that to be honest.

“It’s been a good taster of touring cars and I’ve enjoyed working with Shaun and the boys at AmD. Obviously, we’d love to be back in the BTCC for a full season next year and if we can put a package together it’ll definitely be a strong option as it’d be great to give it a proper go now we know what it’s all about.”

Shaun Hollamby, AmD with AutoAid/RCIB Insurance Racing team principal, said:
“We have had a great year with the MG and it is just unfortunate that it didn’t end in the manner we hoped for.

“It was a shame for Josh that he had a power steering issue across the weekend that we weren’t able to get to the bottom of despite changing the steering rack, and I don’t feel he was able to show what he can do. He has been a real professional across the two meetings he has done with us and has shown he could do a good job in the BTCC, even if that hasn’t been reflected in the results on paper.

“Rory for me has been one of the finds of the season and we’re delighted with the performances he has put in across the year. He has consistently challenged for points and we’re already working hard to put together a package for 2019 that will allow us to build on what we have achieved this year.”