Points and Pace for AmD with Cobra Exhausts in BTCC Finale 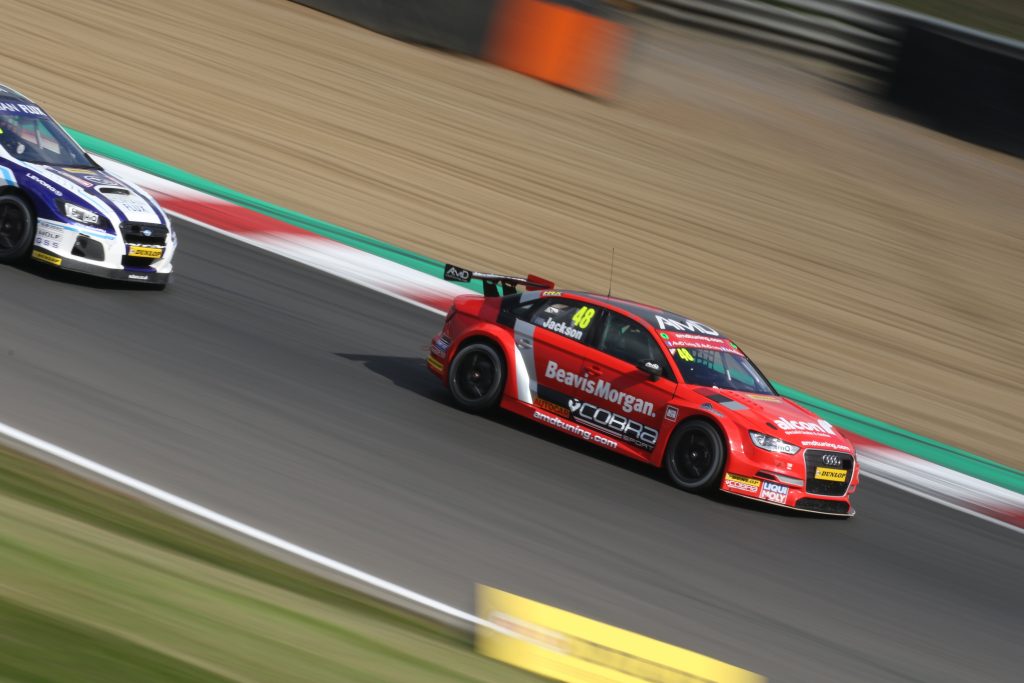 The West Thurrock-based team made the short trip to the Kent circuit hoping to challenge for strong results on track, with both Ollie Jackson and Sam Smelt targeting points from the final three races of the year.

Tamworth-based Ollie impressed in qualifying to put his Audi S3 in 18th spot on the grid for the opening race and ran just outside the points-scoring positions throughout, eventually crossing the line in 17th spot.

Despite being shuffled back to 20th in the midfield battles of race two, Ollie fought back well through the closing laps to secure a points scoring finish on the final lap, with 15th place leaving him well set for the season finale.

Quickly making up places at the start of race two, Ollie climbed as high as eleventh with a impressive performance on track and crossed the line in twelfth as the chequered flag dropped to secure another points scoring finish.

Northampton-based team-mate Sam qualified 28th in the sister Audi and opened up race day with a 25th place finish in race one.

A strong drive in race two saw Sam break into the top 20 and left him optimistic about his chances of breaking into the points for the first time in the final race of the season.

It looked like an elusive points finish was there for the taking when Sam made a fantastic start, but having been forced to the outside on the run through Graham Hill Bend, he was then hung out to dry at Surtees and slipped back down the order.

It meant he ended his rookie campaign with a 26th place finish.

Ollie Jackson, #48 AmD with Cobra Exhausts Audi S3, said:
“We’ve had a good weekend to end the season, which was important after the bad luck we faced in recent events. We performed strongly all weekend and after a solid result in race two, it was great to be as competitive as we were in race three and we could easily have had a top ten. 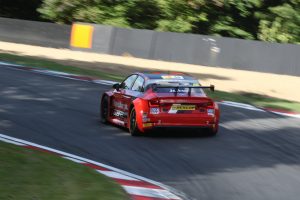 “We’ve ended the year on a high and whilst it has been a mixed season, it has certainly had more highs than it has lows. As a team, we have worked hard to get as much as we could from the Audi and I think we have done a good job to maximise the package we have in a very competitive field.

“I’m proud of everything we have achieved on track.”

Sam Smelt, #23 AmD with Cobra Exhausts Audi S3, said:
“I didn’t get the most from the car in qualifying which meant I was on the back foot going into race day, but I think I came back well from in the races. I made a few errors in race one that cost me, but then the second race went really well and to get into the top 20 was a solid result. 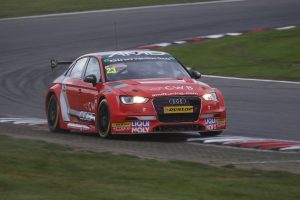 “I really wanted to try and get some points from race three but being forced wide on the opening lap dropped me right back and that was my chance gone, which was just one of those thing that happens.

“Overall, I feel I have learned a lot and improved in leaps and bounds from when the season started. It’s a shame that I couldn’t get the results from those weekends where we were at our strongest, but luck hasn’t always been on my side. Hopefully I can come back and have another crack at it next year.”

Shaun Hollamby, AmD with Cobra Exhausts team principal, said:
“It’s been a good weekend for us with the Audis and a solid end to the year. Both drivers have shown good pace on track and Ollie’s performance in the final race in particular was fantastic – he really showed what he can do in a highly competitive field.

“Sam is really unfortunate to not score points this weekend but he can hold his head up high with how he has performed during the year. People underestimate how big the step up was for him this season but he has kept out of trouble and made a lot of progress that he can now look to build on in 2019.”